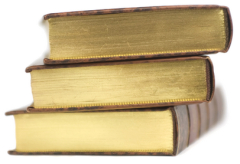 Seth Godin is a true thought leader in social media–he understood it years or maybe even a decade before many. Three of his books have literally changed the way I think about marketing and even the course of progress in many areas. Here is a short review of the books, and they’re all good and short reads, I suggest you pick them all up (each is linked to its Amazon page, and I swear I’m getting no kickbacks!).

Permission Marketing. This book was published in 1999 and truly shows that Godin was ahead of the curve, defining new media marketing strategies and tactics before the term ‘social media’ was even recognized. I call this the ‘newsletter book’ because it espouses getting permission to market to customers and uses newsletters as a prime example. In short, create marketing materials such as newsletters which provide value to your customers outside of your products, and they will give you permission to market to them. Need an example from life science? We worked with San Diego-based specialty chemicals and services provider BioBlocks to help them create a newsletter featuring the research behind their products–see an example here. As a result, they’ve increased their reach and actually gotten many compliments on their newsletter, no doubt improving the BioBlocks brand perception. In this book, Seth introduced us to the concept and benefits of engaging our customers rather than broadcasting to them using traditional marketing strategies such as print advertisements.

Meatball Sundae. In this book published in 2007, Godin expertly continues along the path he began with Permission Marketing and explains the new media world to us. He begins with the description of the impact of mass media in the 50’s and 60’s, where television allowed marketers for the first time to reach a broad audience quickly with messages about their product. He contrasts that with media today, where consumers have so many choices–for example, it is no longer a big ‘coup’ to get an article in Time Magazine, as it reaches a much smaller demographic. He points out the many media choices consumers have these days (e.g., cable, internet, youtube, blogs), and the dearth of time and attention they have. Concomitant with this is the continuing loss of the impact of entities which he calls ‘gatekeepers,’ which control the information the public receives (e.g., the editor at Time Magazine). With less control of information flow, there is a more level playing field for companies and individuals who want to get the word out via their own website, blog, YouTube channel, etc. The book describes how to succeed in this ‘new media world,’ and gives plenty of examples. If you have time only to read one of the three books in this post, choose this one. Relevance for biotech and life science? Small companies such as our client Assay Depot can reach more through tools such as blogs. The drug discovery 2.0 blog we developed with them is now the second result in Google searches for ‘drug discovery blog.’

Tribes. This 2008 book is what I consider to be the last piece of Godin’s social media trifecta, a natural progression from the two earlier books. In it, he describes the consequences of shifting media on a personal level–the full title of the book is ‘Tribes. We Need You to Lead Us.’ He describes that the internet has provided unlimited ways for groups of people to connect and affect change. No longer constrained by gatekeepers, a passionate leader can start a movement, finding others who share interests and who often have a natural affinity for the tribe they create together. He gives Barack Obama’s campaign as an example, where supporters were connected and engaged to help him win the presidential election in 2008. Can companies start tribes? Sure they can, look at Apple. Even before the internet, they created a group of loyal fans centered around their products. If you doubt that they are true fanatics, check out the movie MacHeads on Hulu. Tie in to life science companies? Many brands have special meaning to their customers, and they can be considered fans of them. The assurance of a cabinet stocked with Sigma chemicals. The trust placed in their antibody provider for reagents that will work the first time. The pervasive blue Qiagen boxes that appear in almost every shot of a lab shown on TV. As we’ve pointed out with our list of life science companies using social media, they’ve got a long way to go, but they also have a solid foundation to build upon. We think the possibilities for forming life science and biotech tribes is enormous, and have had much luck with the San Diego Biotechnology Network.

Still skeptical, or don’t feel like you have time to read these books? We’d love to give you a social media primer, and we’ll also include an analysis of your company–sign up for a free consultation. We strive to be the ‘tribe leaders’ of social media for biotech and life sciences, we certainly meet the ‘passionate’ qualification and would love to speak with you.