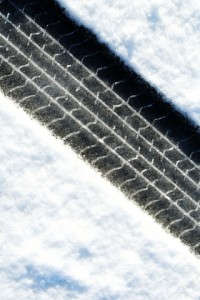 I’ve heard buzz for several different flavors of social networks (or more broadly, applications) for life scientists, and I’ve been curious as to which of them, if any, are gaining traction. I made a list of the ones that seem most popular and did a ‘quick and dirty’ calculation of the number of unique visitors to these sites. The results show that some sites are indeed gaining traction, and that they provide value based on primary and secondary scientific content, both traditional and online, to their visitors.

I measured the traffic from each social application using Compete.com data from September to December of 2009. The data from this site may be inaccurate, and traffic to some sites may be low because they are newer, or the number of visitors may be calculated differently. I excluded scienceblogs.com because they are known to be very popular already, and they cover more than just life science (which several of the others do, below, but I just wanted to get an idea.) I also did tag searches on Delicious to find which sites researchers are bookmarking, to be as inclusive as possible. Sites I have excluded in the graph likely had little traffic or did not meet my criteria (e.g., NextBio has good traffic, but isn’t a social application). Also missing are social applications which are not web-based, such as Mendeley. Please be sure to comment below if I missed any that you feel fit the criteria.

I tracked whether the sites required a login to obtain what I considered to be a reasonably ‘browsable’ amount of information. Most sites feature some sort of login, but offer information through, for example, forum browsing without requiring a login (e.g. network.nature.com), while others have virtually no information available until you log in (e.g. researchgate.net). I thought this might make a difference in the traffic, but it turned out not to have as much of an effect as I initially thought. I also recorded what I thought to be the key features of the site. Note that many of the sites offer more features than I’ve listed, but my quick overview deemed the other features to be secondary (for example, scientistsolutions.com offers a social network and blogs, but I think mostly it is used for the forums).

As I mentioned, this is a quick analysis, and I invite others to copy the data and add to it (here’s the Google Spreadsheet), but a clear trend emerged from this short study. The top site, biomedexperts.com, which has an estimated 128,000 visitors per month, utilizes scientific publications to connect and segment scientists based on interests or regions. The second most popular site, citeulike.org, is a social bookmarking site with about 100,000 visitors per month who use it to search for, store, and browse related peer-reviewed publications. What’s interesting is that these sites are based on completely different formats, but they both rely on scientific publications.

Is it surprising that scientific publications are the ‘glue’ that is connecting and attracting scientists? Not really–when I think back to my days in the 90’s as a bench scientist, PubMed and my many folders of papers were what helped me to connect with other scientists and learn who the thought leaders of my field were. In a sense, PubMed was scientists’ first ‘social network.’

Also, it is not surprising that scientists seemingly need to find immediate and differentiating value in order to sign up for a social web application, as evidenced by the clear leaders. Scientists can easily socialize with colleagues on Facebook, so this utility is superfluous for applications designed just for them.

Biomedexperts.com is powered by Collexis, a company that was founded in the 90’s based on a European research project centered around creating a network of health experts. The company presumably has impressive software and databases which provided an instant remedy to the ‘network effect‘ suffered by most social networks. They simply utilized the ‘network’ that already existed, buried in years of life science publications. Brilliant. In addition, the interface for Biomedexperts.com is excellent, which likely leads to quicker adoption. Some of the other applications offer similar functionality (e.g., SciLink) with less intuitive interfaces or higher barriers to entry (e.g., having to add publications manually).

I also find it very encouraging that researchblogging.org is in third place, as it is a ‘blogger-powered’ resource which does not rely solely on traditional peer-reviewed content. It does cover more than just life science, but the numbers are impressive, with 91,000 visits per month. To me, this signals that both the acceptance and desire to publish online scientific content is increasing. Most of the posts here represent reviews of literature published traditionally, or conference summaries, but likely more primary research will appear, if the popularity of the open access Public Library of Science (PLOS) is any indication.

It will be interesting to see how the NIH’s $15M project to connect researchers will overcome the network effect and attract scientists to participate. Cameron Neylon has published his criteria for social software for scientists, it is a very thoughtful list on the ‘stickiness’ and utility of such applications. He also plans to evaluate the top sites, which will be of interest vis a vis these results on the popularity of the sites. Popular doesn’t always mean better, but the first law of marketing is ‘it’s better to be first than it is to be better,’ which means that the sites getting the most visitors now will likely be the leaders for some time.

What also interests me is the world beyond scientific publications. Biotech professionals could benefit greatly from being able to search for and license technologies seamlessly. We’re thinking along these lines for connecting scientists in San Diego Biotechnology Network, stay tuned.

These results are also of interest to those of you trying to reach scientists, or creating a resource for them. Purchases of banner Ads, etc. on these sites are obviously more impactful on the larger sites. Supporting sites with less traffic is certainly OK, but consider their potential for ‘stickiness’ before committing to a long contract. This study surprised me in that hype definitely did not translate to web traffic. Compete.com is a good tool, in general, for planning online advertising placements.

Note: Apologies to those who are digging out on the East coast after another round of Snowmageddon, for the image. At least it’s something you can relate to!

To share this post easily, cut and paste: Are Any Social Networks for Life Scientists Gaining Traction? http://bit.ly/9KYpQs

5 thoughts on “Are Any Social Networks for Life Scientists Gaining Traction?”