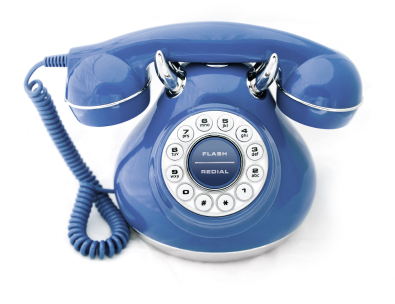 You are likely hearing people using ‘2.0’ as a suffix these days for anything that’s supposed to be new and improved. The term stems from the advent of web 2.0, representing more functionality and interactivity than the original ‘1.0 version’ of applications on the internet. The term is used to signify anything that is done using new web tools to improve users’ experiences or facilitate interactions between them. As we’ve seen with anything new, however, there is a lot of hype initially, and eventually the idea or technology realizes its potential. We should remember that there is still many reasons to use traditional methods to contact or meet people.

Here is a recent example. Around the same time I got an email and a phone call from two people who had almost identical requests from me regarding a partnership. I flagged the email, never got back to it, and meanwhile have met twice with the person who called me. I mentioned this to the person who called me and she said that she looked over my site, thought about it, and decided a phone call was the best way to achieve her goal. And she was right–we will likely work together since she decided to pick up the phone rather than email me.

So many people these days rely too much on 2.0 technologies to make things easy. Look people up, send an email, and wait. I am evaluating some software related to social media right now and have a few emails waiting in my inbox that I haven’t responded to. The benefit of a phone call? The account manager would have a greater chance of getting me to make a decision, and also get some feedback in the process.

I love the serendipity and community of web 2.0 and social media, but I continue to find a lot of value from ‘1.0 technologies’ such as actual events. Last week at a conference I reconnected with a woman who had attended an event I organized more than a year ago, and now we have another opportunity to work together. If I had figured this out, and sent her an email about it, do you think that would have been as effective as talking with her? Probably not.

2.0 technologies include blogs, social networks, and twitter, and they are amazing and I think they certainly deserve some hype. However, we must remember that they are merely tools which we must use in combination with others to achieve our goals. In the end, people are wading through a sea of emails–why not be ‘different’ and call them or attend an event? As most of us in biotech have a science background, we can always benefit from honing our networking and conversational skills. You should make sure your organization isn’t too caught up in 2.0 technologies, or even tools such as email, because they are new or convenient. Meeting your business development, marketing, or sales objectives means stepping back and using the proper tools, old or new.