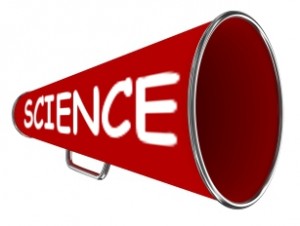 We were thrilled when the American Society for Biochemistry and Molecular Biology asked us to host an event with them during the Experimental Biology (#EB2012) conference this month in San Diego, see descriptions of it on the SDBN blog and ASBMB website. The event will focus on improving science communication (#SciComm), and as you know we’re big proponents of using new media towards this end. We’ve seen some spectacular examples of scientists and organizations using new tools to reach their peers, the public, and even to get funding. Here, we highlight great examples of new media science communication, and invite those who will be attending the #EB2012 event (#EB2012Tweetup) to share their own stories.

Our April 23rd event will focus on helping scientists learn to use the new tools for science communication. We are polling them to find which area they feel as though they need it the most, here are the options:

If you use new media for science communication and are attending the event at #EB2012, we want to hear your success stories! Please think about how your blog, Twitter discussions, or the use of other online tools have helped you in the areas above, and write about it. Leave a link in the comments below or tag a Tweet with the event hashtag #EB2012Tweetup. We’ll highlight the stories online and at the event. We’re also looking forward to meeting you all April 23rd!

Special thanks to Geoff Hunt for helping organize this event and to New England BioLabs and Mendeley for sponsoring.